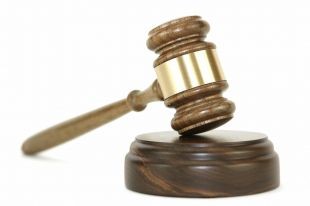 The Plaintiff was a 44 year old abattoir slaughterman employed by the Defendant. He was working on the killing floor and in the process of ‘fronting out’ a pig when he cut the top of his left (non dominant) thumb. The Plaintiff continued to work following the incident. Two days later his thumb became infected. He was treated and returned to work doing alternative duties. He was subsequently diagnosed with a severed extensor tendon. He underwent surgery and suffered from a post-operative infection. The Plaintiff continued to work as a slaughterman both after the incident and prior to the surgery and then following surgery but complained of stiffness and a lack of grip strength. The Plaintiff resigned from his position with the Defendant at about 15 months post incident and took up alternative employment first as a rigger and then as a delivery driver and store man for a butcher.

The Defendant argued the Plaintiff was contributory negligent for failing to wear the cut resistant gloves provided by the Defendant despite being an experienced meat work, having a prior history of cuts and gloves being available. The Court determined that there should be no reduction for contributory negligence as the Defendant’s system of work was faulty. It held it should have been mandatory for workers to wear gloves. It also noted there were insufficient gloves available for all of the workers.

Judge Durward delivered the verdict on the case on Friday 17 July 2013. Judgment was made for the Plaintiff in the sum of $337,113.55 clear of the statutory refund plus costs on a standard basis.

For employers, the case serves as an important reminder on the need to enforce the requirement for workers to wear personal protective equipment, in this case the cut resistant mesh gloves, and that this requirement will not be diluted by a workers’ choice not to wear safety gear despite knowing of there is a risk of injury for failing to do so.