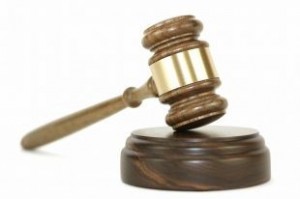 The injured worker (the claimant) was employed as a slicer for Consolidated Meat Group (the defendant). At the time of the incident, the injured worker had been working at the meatworks in Rockhampton for approximately three years.

On the day of the incident, there were fewer workers than usual at the injured worker’s station, resulting in a build up of meat.

Approximately 10 to 15 minutes later, the foreman told the injured worker to ‘put the meat on the belt’—by this time there was a pile of meat close to two or three feet high, weighing anywhere between 60 and 110 kilograms.

NB: There was no real dispute that the quantity of meat was too heavy to be safely moved in a single movement.

Although the injured worker signed documents, which read ‘I have completed the safety induction program and fully understand my obligations while I am an employee/contractor of Consolidated Meat Group’, he told the Court that he signed these documents because he was asked to do so and that he was never at any time given instructions about lifting or the risks involved by his employer.

The employer did not provide any evidence contrary to the evidence provided by the injured worker.

The Court accepted the injured worker’s evidence that the employer failed to provide instructions about lifting.

The employer was found to be negligent and in breach of statutory duty, as covered in Section 28 of the Workplace Health and Safety Act 1995 (the Act). Section 28(1) of the Act imposes the obligation of an employer to ensure the workplace health and safety of its workers.

The Court ruled that in the circumstances, it was plainly foreseeable that the injured worker would attempt to put the meat back on the conveyor in way he did—to allow the employers processing operations to continue and to allow his own work to be performed without the obstruction of meat building up in front of him.

NB: It is important to note that even with the recent amendments to the Workers’ Compensation and Rehabilitation Act 2003, the injured worker would be successful in claiming for this injury, as the event was assessed by the Court as being reasonably foreseeable.

The injured worker, who was a former underground miner, claimed for economic loss as a miner (much more than if he were to remain a meat worker), saying he would have returned to the mining industry at some point. The Court accepted that this was likely, however took into account the uncertain nature of the mining industry and that the injured worker would not have worked the rest of his working life as a miner.

This case is a clear example of how (what appears to be) a minor claim, can still result in a large damages payout.